My goal as a leader is to be available and reachable to help. My greatest taboo of life is to say that I’m busy. I don’t ignore any messages. If anybody emails me or call me, I should be able to reply within the next 3 hours, unless I’m out of town or I’m dead.

My philosophy is to never say that I’m busy, because believing myself to not be busy allows me to do more things.  I look down on those who find excuses to no do things.

I love writing, and I was really thrilled to have this opportunity to be the president of the Creative Writing Club. I even built book marks out of photos & poems that our members donated. The book marks were then attached with hand-braided tassels made by our members.  All the book marks were sold at a dollar each, which go towards funding the club. There were many ways I could have done better, and there were times when I thought nothing could have been more perfect than that. In my freshmen year, my Learning Support instructor Dr. D recommended me to join the Creative Writing Club. As fired up as I am, I sent an email to Dr. Kellman and things slowly developed from there.

A problem I found with the Creative Writing Club was that, not even members, there were barely enough people to make officers. At the beginning, there were only me and Amber from the English Department. In fall of 2009, I was the Vice President. Amber and I were both new to the club, even new to the entire school. We made several mistakes, such as not turning the funding request from in time for the trip to Atlanta, and forgetting to send out reminders. Even with the constant reminders on facebook or via emails, there were barely any members showing up. In the spring semester, I took over the responsibility of fundraising; in order to raise money, I designed bookmarks, printed them, and laminated them, cut them, and put tassels on them. There was a member, Cathy, who participated with the activities frequently. She helped us selling some book marks. We would also sell bookmarks during Sandhills Writers Series. But again, the support we received was very minimal.

As time flows by, around fall of 2010, Amber became very busy with school and left the club. I took over her position and became the president. Even though Dr. Kellman found another helper to help me with this club, I still did most of the work by myself. The routine of the club continues: general meetings, night readings gathering every month, an open-mic night once a semester, and a trip to Atlanta once a year. The reservation of rooms at JSAC or through Physical Plant was handy and I could do it by myself. I even built a website for the club, putting updates and create publicity.

However, the trip to Atlanta was a tougher task that I must work with Dr. Kellman. Every beginning of the semester, Dr. Kellman and I update our contact list. Around the end of the semester, we report to Student Activities. Whenever there was an orientation, I always represented the club and tried to recruit new members. Counting down the semesters, Dr. Kellman and I have work with each other to build up this club for years. Not that I am bragging, but I really have become a well-experienced leader who clearly understood every process to function an organization. Passing down the years, the Creative Writing Club has plenty collaborative events with Black Student Union and Film Club. The publicity of the club developed very quickly with the joint sessions with other organizations.

We weren’t able to get another officer until fall of 2011. Shelley volunteered to be the secretary. She helped me to send out reminders, and I was grateful because I have really bad memory. Fall of 2011 was my proudest moment with the Creative Writing Club. I was actually standing in front of dozens of students at the first general meetings. We had more than a dozen of people showing up at the night reading gathering.

Never had I been more proud of myself before. Many people might not think it’s much to be proud of, but when I saw a classroom full of people, I nearly ran tears to my eyes.

After this semester, however, I will step down as the president. I am very sorry to announce that, but it has been agreed upon both Dr. kellman and myself. I received Cs in my creative writing courses, which was a big discouragement, in consideration that I was the president of the Creative Writing Club. On top of that, I was, oh gosh I hate to admit this, busy with school and other things. It’s a shame that I have to break my goal, but recently I had been stressing out and getting depression problems. I am not physically busy, but emotionally I’m overwhelming myself. Dr. Kellman really recommended me to not push things so far; beside I’ve done enough already. I have been an officer for the club for more than 3 years, and it’s time for me to find other opportunities and learn new things.

I will still be involved with the Creative Writing Club activities; besides, I have never been a member of the club before. For years, I’ve been participating as the leader. It’s time for me to sit back and watch someone else do the work.  I’m retired! 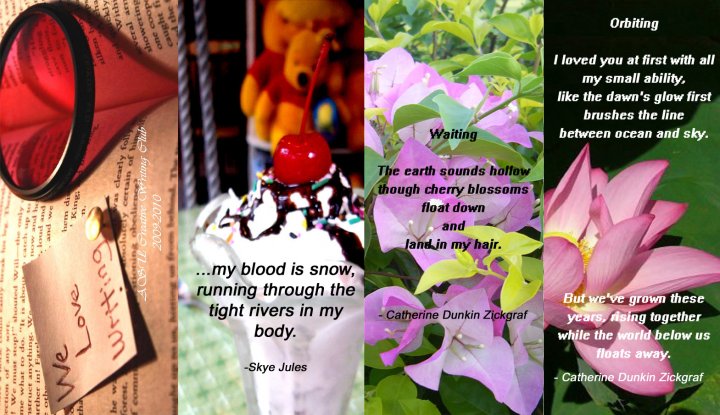 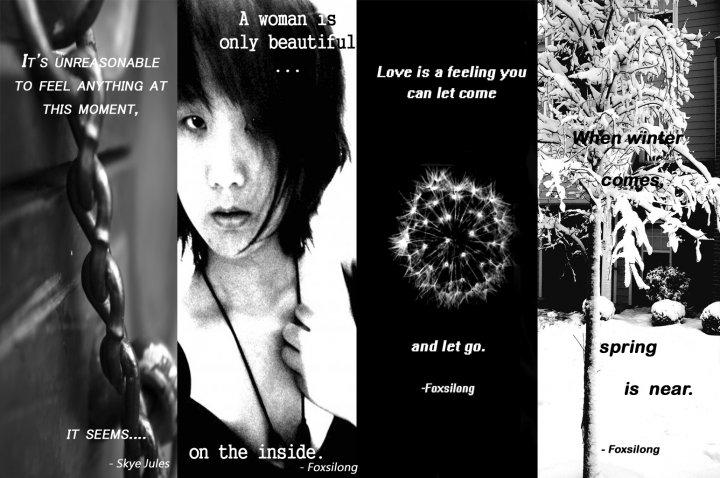