Good fortune was like the sun in 2016, it comes and goes. My newly married life certainly had a dismal start unlike like others. It was not because we didn’t love each other; in fact, we love each other as we come together to comfort each other and encourage each other to overcome this hardship. There was no honeymoon nor wedding as we threw our investments in the purchase of the dream house despite all odds. With my stuff packed in boxes in Hector’s rental as we were waiting to close on our house, my dog being fostered at my friend’s place, my spirit lingered around that time and I still continued to wake up in tears. Nevertheless, with the help and support of my friends and family, I was finally able to see daybreak after a some period of gloomy shadows. I slowly nurtured my confidence back and continued to send out my resumes to apply for different positions.

My realtor friend Heather sent me an email that she received from a colleague she was working with at Goodwill Industries of Middle Georgia and CSRA. The email turned out to be a job lead, although the job was a part-time and temp opportunity. I started out really skeptical at first. Heather encouraged me to get my foot in the door for the possibility in advancement in the future as she slowly ignited the spirit within me. After responding to her colleague, I was able to get an interview later in the week and met Ellen. The interview was very casual and it went very well with Ellen wanting me on board as soon as possible before the lady who was holding that position leaves for the summer. Goodwill’s employment offer to me was a hand reaching out to me and pulling me from slowly slipping into abyss. Little did I know, that turned out to be the biggest blessing I had during that time.

I was informed that the temp position will end around August, once the lady I would be working for in her absence returns. It was around the end of April when I accepted the position, and I thought four months would be more than enough time for me to find a full time position.

Working part time also gave me an opportunity to spend sometime on unpacking and decorating our new house, in addition to doing some minor repairs. Never had I ever spend so much time being in side a house, let along taking care of one. I was able to enjoy some quality time with my dog after she returned from my friend who was fostering her over the rental and then moving period. Having time to make the house presentable made me more proud than ever when I have guests and family over. 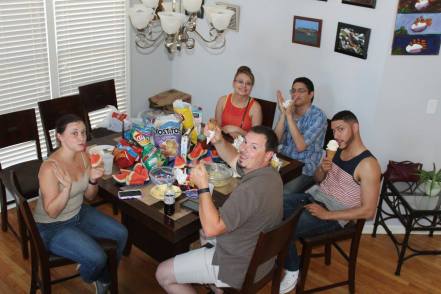 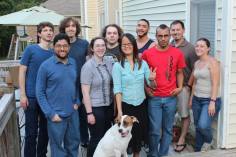 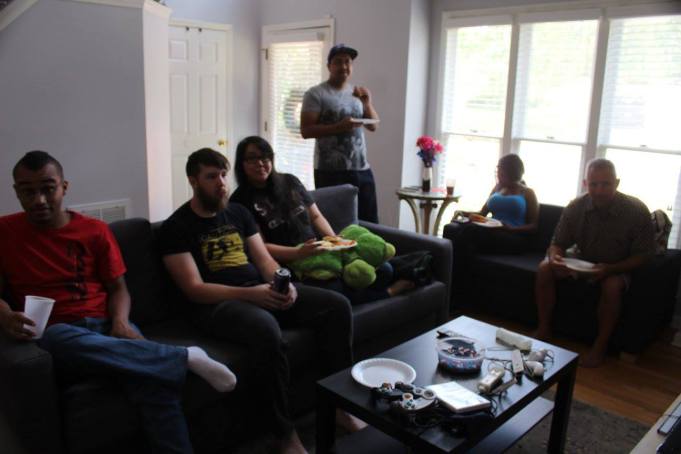 My light at the end of the tunnel started running out however, my job hunt to no prevail was not showing any sign of improvement over the summer. Luck was like a sunshine, as the ray slowly distanced itself from me, it became brighter on Hector on the other hand. Hector was recruited by a head hunter, who informed him about a wonderful opportunity. Through a handful of screening and interviews, we learned that the position was not only local with  better benefit, but also it emphasized on further education. With his new job, it will definitely alleviate a lot of financial stress and burden off his shoulder. Furthermore, this job will help him to finally complete his education, which everything that we could hope for. Hector would be able to obtain a master degree in architecture and get his licencing.

The ray of luck slowly came back on both of us when Hector was able to get a week off for 4th of July. His new boss gave him a week to relax since he was able to start his new job right away after giving notice. We used this time to take a trip to Helens, Ga as our belated honeymoon.

I was able to enjoy the slow rhythm of the German village and their delicious cousine but it wasn’t long before I was woke up to reality.

Who would have thought six months later in October, I would still not have landed a full time permanent position.