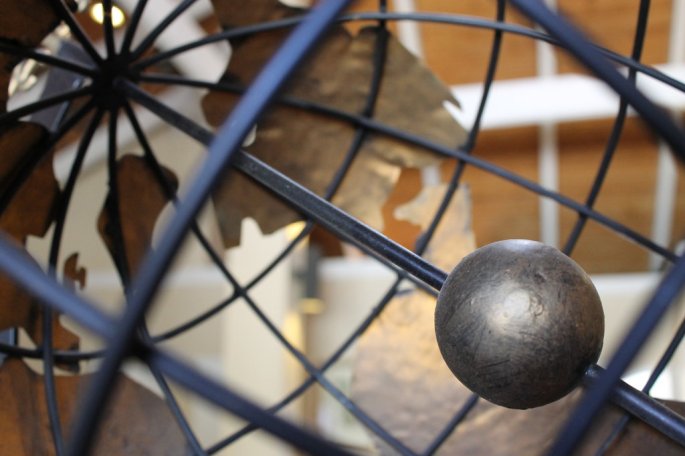 Back at the beginning of the year 2016, I was filled with pride and confidence after obtaining a respectful and well-compensated job at a reputable company. Slowly but surely, my pride emerged a form of greed and arrogance that was seeping through my personality.

I felt that I was the leader in the decision to the home purchase process, and I wanted in on every part of it. Looking through our finances together finally for the first time in our relationship, I scolded Hector for being so much older than me but still making a little progress in his life. There were still a lot more steps for him to be come a licensed architect. Even though my motivation was to encourage Hector to advance himself in both finances and education, the way I deliver my speech was often condescending and judgmental.

With the path to buying a house forming in shape, I was deeply invested in researching every available option of finances towards our house. For once in my life I felt pride and I felt it growing at this moment where I will make a milestone to purchase the most expensive thing in my entire life. And then during that very moment, my ostentatious dignity instantaneously perished to ash as I lost my job and that jeopardize the mortgage application for obvious reason. This was far from the first time I lost a job, but this is the first time that I fell so high, and at this point in my life I had so much to lose. As a result to that, I could potentially looking at going back to the drawing board after all the progress we’ve made on this house hunt.

“We could still qualify for a loan on my income,” Hector said to me with a delighted face after he got off the phone with the mortgage consultant. “I know you might not feel comfortable looking at our finances, but if you want the house, we can have the house.”

After all these times I berated him about his finances and status, Hector still decided to carry all the weight on his shoulder for us and remained unfazed in his vow to make our dream come true.

We both agreed on going forward with the purchase of the house, but since that, I stepped down from being the hard-headed and overbearing decision maker. I told Hector, just give me a total cost, and I’d cut a check to pay him half of that cost.

For the first time in my lifetime coming out of an all-women household, I submitted to a man. I let Hector be in charge.

Based on his best judgment, he determined what type of mortgage to choose and how much down percent to pay,  in addition to handling the home inspection, seller, and bank appraisal. Even though it was my first time, but I had never felt so calm and guilt free about letting another person take care of me. I never doubt he would fail me.

Even though I was able to terminate my rental lease early at the end of April. Hector unfortunately was not able to do that at a reasonable cost. As a result, we tried to push the closing date as far back as possible to close on the house to around the time when the rental lease would be terminated. The best we could do was to close on the house in May and get out of the lease in July.

Five days after obtaining our marriage certificate, I moved in with Hector at his apartment at the end of April. I kept everything I had in boxes for a month and a half. I never unpacked my stuff until we moved again, which was when we closed on the house on May 19th.  The seller was defiant to fixing anything inside the house after the home inspection, but she agreed to contribute more money towards closing.

Later, the real struggle came to me. It only got more stressful from there, following after the lost of job, and became married…..two of the most stressful events of an average person’s lifetime – Moving and finding a career.