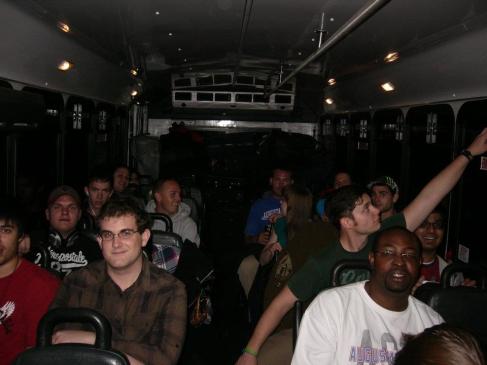 I signed up for a study abroad trip around October of 2011.
I have stated before that New York City is my dream city. I cannot tell you how much I want to visit there. This trip is not starting in the summer…or next winter break…it starts in- 2 hours! That’s right, it’s about 5 a.m. right now. You heard me right. I have been packing my stuff to get ready to take the shuttle to Charlotte Airport. As I am packing, I felt inspired to write a blog about this.

This Master’s week is when everyone is fighting traffic in Augusta, I will be going to NYC.
Can you imagine the joy of a city girl to return to the city after so many years, surrounded by tall buildings, walking through the crowds in the flow, and listening to the voice of a urban society?

This is the place where I see my future, my potential, and my career- New York Times.

Sorry guys, I have to rewind for a second. The topic of this blog is the Model United Nations, not the New York Times. I signed up for a study abroad class, not a trip. It’s not a vacation, alright? I’m here to tell you about this class, under the leadership of Dr. Albert, Dr. Ginn, and Kirstin.

This class is TOUGH. Each student has his/her own committee/ role in the Model UN. I was placed in the 2nd General Assembly, with the focus on intellectual property, microcredit systems, and water management. This Study Abroad (or should I say Study Away) class is representing Augusta State University to attend conferences at Model UN as delegates of Ghana.
Pop quizzes happen almost every class period, and there are readings due all the time; in addition to those, students must each individually write a position paper. A position paper is not an essay, it’s more of a political writing. Basic format includes, but is not limited to font size 10, single spacing, roughly 5 pages long or how many pages it takes to get your point across. Back when I was talking ENGL 1101 and 1102, I loved the MLA because writing the name, class, dates, and the title takes away 15% of the space already. Position paper, however, does not have that privilege.
Position paper is not explaining definitions or special terms like essays. Position paper is about writing to request, persuade, and reasonably expedite and justify a person’s stance on making a decision. This type of writing is new to me, and I’m sure its new to most of the population on campus. We had to write this position paper three times, receiving 3 grades. In addition to drafting a position paper 3 times, we had to prepare speeches and familiarize ourselves with the procedure of the UN, like where to vote, when to amend, what to discuss, and what is the proper way to make a motion.
Even with much revision and collaboration with Kirstin, I was still not able to pull out an A. Oh lord, I can’t even tell you how much I resent that position paper.
Before I first signed up for this class, I was honestly oblivious.

If I hadn’t attended that Political Science Club meeting…. if Dr. Albert wasn’t there to use his articulate tongue to persuade with his inspirational speeches, I would have not signed up for this course in consideration to the amount of work that’s given.

Most of you guys would think I’m dumb, and yes I do think I’m dumb sometimes. But as you can see, I was totally distracted by New York City and not the Model UN. I signed up for this study abroad program without knowing that there will be a “class” to it until the second week of school. As a result, I had one absence in that class….and that absence was because I just didn’t know the class existed. Okay guys, I admit that I forget things and I’m oblivious, just by looking at the amount of time I spend daydreaming. I had ADD or ADHD or ABCDE… “whatever” when I was younger. I cannot focus. My deficiency of not being able to concentrate did not get worse as I grow older, but it surely never got better.

Model UN does look as splendid on my resume as I would imagine. Even though political science is not  my major, I could still prove my good skills in writing and public speaking.
Alright! Time to wrap this blog up! I’m leaving in the next 30 min!
I’ll make sure to tell yall about what happen in the NYC after I come back.